At the company and individual level:-

On the other hand, there are several areas of self-interest that should drive companies to embrace more effective governance. These areas are:

Company boards are permitted to vary in size, composition and structure to best serve the interests of the corporation and the shareholders. Boards can be single-tiered/two-tiered. With regard to the size of the board, opinions and practices vary. Some argue that the adequate size is to range from 9 to15. Some put the figure at 10. Yet others recommend a minimum of 5 and a maximum of 10.

Recent research has shown contrary to the Modigliani-Miller hypothesis that the financial structure of the firm has no relationship to the value of a firm that the financial structure does matter; it is no secret that the lenders exercise significant influence on the way a company is managed and controlled. Banks can perform the important function of screening and monitoring companies as the (banks) are better informed than other investors. Further, banks can diminish short-term biases in managerial decision-making by favoring investments that would generate higher benefits in the long run. Banks play a more favorable role than other investors in reducing the costs of financial distress.

The Fourteenth Finance Commission chaired by Dr. Y.V.Reddy, former Governor Reserve Bank of India, has submitted its recommendation to the President. The government has in principle accepted the recommendations.
There are many first-timers in the 14th FC recommendations; firstly being the significant increase in the total devolution to states from 32% to 42%.

Functions of Finance Commission, as given in Article 280 of The Constitution of India –

In this scheme, panchayat samiti was to be the most important.

These three bodies were interlinked as the lower body was represented in the higher body through its chairperson.

Panchayati raj of the Balwant Rai Mehta Committee pattern was first introduced by Rajasthan in 1959.

Later, other States also followed. Initially, both the people and the states were enthusiastic about Panchayati Raj. However panchayati raj institutions began to decline very soon owing to government indifference and political interference.

The Ashok Mehta Committee set up by the government to review panchayati raj submitted its report in 1978.

These two-tiers were to be:

In the two-tier system, the main emphasis was laid on zila parishad and not on panchayat samiti as in the case of the earlier committee report.

However the recommendations of the Ashok Mehta Committee could not be implemented due to the collapse of the Janata Government in 1980.

Some of the compulsory requirements of the new law are:

Some of the provisions which are not binding on the States, but only guidelines are:

The Amendment provides for continuous existence of panchayats.

There is a provision for State level Election Commission, for superintendence, direction and control of preparation of electoral rolls and conduct of elections to panchayats.

(ii) Powers and responsibilities of panchayats

State Legislatures may endow panchayats with such powers and authority as may be necessary to enable the panchayats to become institutions of self-government at grassroots level. Responsibility may be given to them to prepare plans for economic development and social justice.

Schemes of economic development and social justice with regard to 29 important matters such as agriculture, primary and secondary education, health and sanitation, drinking water, rural housing, welfare of weaker sections, social forestry and so forth may be made by them.

(i) Panchayats at Village Level

This is the basic or grasroots level of panchayati raj.

Recognition to Gram Sabha, an institution of direct democracy, is an important feature of the 73rd amendment. Gram Sabha consists of all adult residents within a village or group of villages.

Thus it is the only institution of direct democracy in the country.

Generally, two meetings of Gram Sabha are held every year. In these meetings, the Gram Sabha as the general body of the people hear annual statement of accounts, audit or administrative report of panchayats. It also recommends new development projects to be undertaken by panchayats. It also helps in identifying poor people of the village so that they may be given economic assistance.

The lower tier of the panchayati raj system in the country is the village level panchayat.

The number of members of a Gram Panchayat is fixed on the basis of village population. Hence, it differs from panchayat to panchayat. Election is held on the basis of single-member constituency. As already mentioned, one-third of the total number of seats are reserved for women; and some for Scheduled Castes and Tribes including one-third for women of Scheduled Castes and Tribes. Chairpersons of Gram Panchayats are called by different names in different States as ‘Sarpanch, Pradhan or President.

There is a Vice-Chairperson also. Both are elected by members of the panchayat. Gram Panchayats generally hold their meetings once a month. Panchayats at all levels constitute committees for transaction of their business.

The second or middle tier of the panchayati raj is Panchayat Samiti which provides a link between Gram Panchayat and a Zila Parishad.

However, all the sarpanchs of Gram Panchayats are not members of Panchayat Samitis at the same time. The number varies from State to State and is rotated annually. It means

that only chairpersons of some Gram Panchayats in a Samiti area are members of Panchayat Samiti at a time.

In some panchayats, members of Legislative Assemblies and Legislative Councils as well as members of Parliament who belong to the Samiti area are co-opted as its members. Chairpersons of Panchayat Samitis are, generally elected from among the directly elected members.

The chairperson of a Zila Pazishad, called Adhyaksha or President, is elected from among the directly elected members. The vice-chairperson is also elected similarly. Zila parishad meetings are conducted once a month. Special meetings can also be convened to discuss special matters. Subject committees are also formed.

PARLIAMENTARY FORM OF GOVERNMENT IN INDIA

Another important feature of the Indian political system is its parliamentary form of government both at the union and state levels.

The Indian system reflects all the main features of a parliamentary government:

Close Relationship between the Legislature and the Executive:

In India, there is a close relationship between the executive, i.e. the Council of Ministers with the Prime Minister at the head and the legislature, i.e. the Parliament. Only the leader of the majority party or co/alition of parties can be appointed as the Prime Minister. All the members of the Council of Ministers must be the Members of Parliament.

It is only on the advice of the Council of Ministers that the President can summon and prorogue the sessions of both Houses of Parliament and even dissolve the Lok Sabha. All the elected Members of the Parliament participate in the election of the President and he/she can be removed from office only when an impeachment motion against him/her is passed by both the Houses of  Parliament.

Responsibility of the Executive to the Legislature:

The Council of Ministers is collectively responsible to Lok Sabha.

Prime Minister as the real executive:

Whereas, the Governor functions as the Head of the State, the Chief Minister and the Council of Ministers act as the real executive. State legislatures are bicameral (State Assembly and Legislative Council) in only a few States; in most of the States these are unicameral (Legislative Assembly). 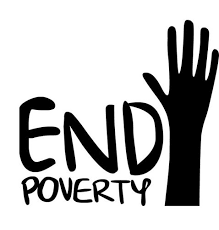 How is the poverty line measured?

Two Measures of the BPL Population

India has already marked its presence as one of the fastest growing economies of the world. It has been ranked among the top 3 attractive destinations for inbound investments. Since 1991, the regulatory environment in terms of foreign investment has been consistently eased to make it investor-friendly. 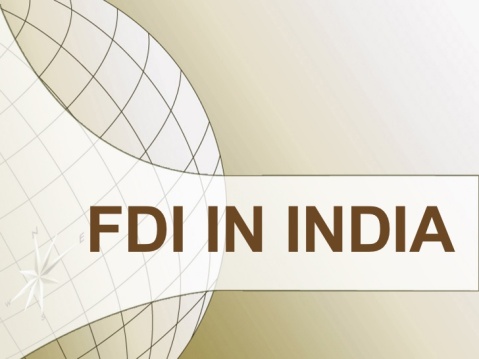 All the items other than above are under the automatic route.

A district, including a new district carved out of an erstwhile district that had adult female literacy rate of 50 per cent or below, as per 2001 census, is eligible for coverage under the Saakshar Bharat programme.

In addition, all left wing extremism-affected districts, irrespective of their literacy rate, are also eligible for coverage under the programme.

The Constitution (Eighty-sixth Amendment) Act, 2002 inserted Article 21-A in the Constitution of India to provide free and compulsory education of all children in the age group of six to fourteen years as a Fundamental Right in such a manner as the State may, by law, determine.

Right of children to free and compulsory education till completion of elementary education in a neighbourhood school.

in providing free and compulsory education, and sharing of financial and other responsibilities between the Central and State Governments.

The Key Elements for Gender Equity and Women’s Empowerment

Key elements for Gender Equity and Women’s empowerment include the following:

Empowerment of Women in Agriculture

Empowerment of Women in Manufacturing

Empowerment of Women in Unorganized sector

The Issues and Proposed amendment to the PCPNDT Act

The 20th Climate Change Conference (COP20) concluded in Peru on 14 December. More than 190 countries, despite the complexity of negotiations, reached what has been labeled a watered-down agreement to combat climate change in the sense that the global agreement was not blocked, and that a door has been left open to continue working on the unfinished issues.

Following are the five key issues from the Lima Call for Climate Action, worth to be followed during 2015 Road to Paris:

Not much progress was achieved in the main line of negotiations; discussions continue to be hampered by issues of fairness, and the main text, which was promising at first, was devalued by the time an agreement was reached. There are issues pending resolution, but a global agreement was reached for the first time.